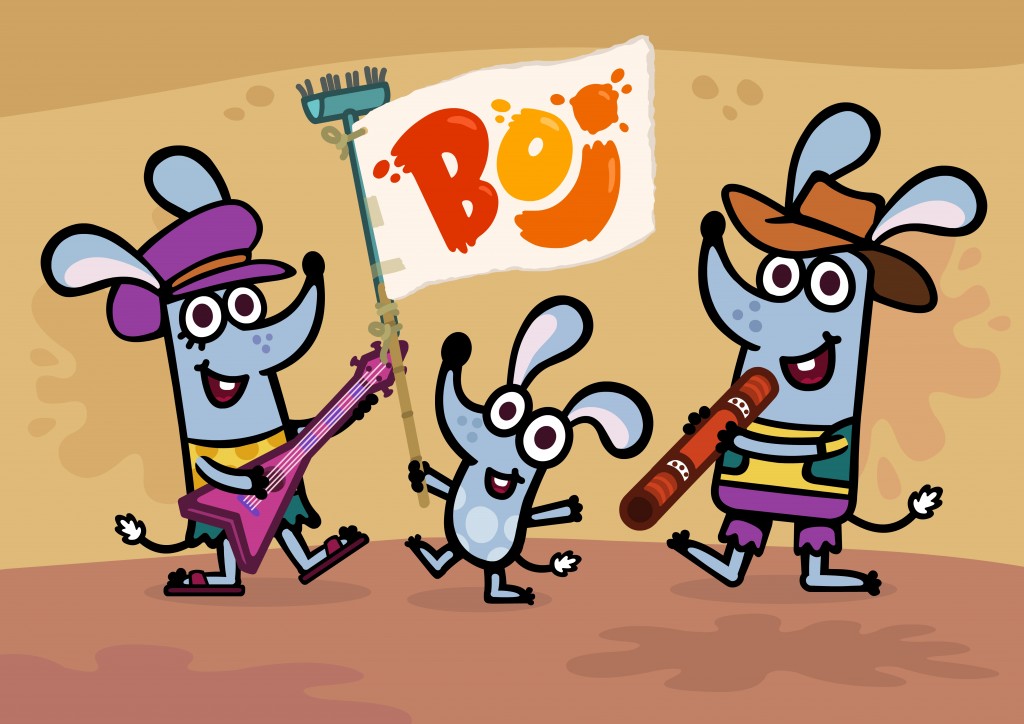 I  have just recently finished a year and a half contract working on a dream project. Back in February 2013 I had the pleasure of being asked to join the Pesky crew to help create a new pre-shcool TV show for CBeebies.

We had the great task of creating 50 x 10min episodes and one double length special with a small team holed up in Lewes, East Sussex.

My role was Production Designer on the show, which meant working closely with the creator/director, as well as being one half of Pesky, Claire Underwood. My role was to work from the script creating vector assets in Flash. Anything from wooden spoons, houses, new characters etc. for all 51 episodes.

I also assisted across the brand on: logo design, website, games, book apps. Basically keeping an eye on the aesthetics and making sure everything was just ‘Boj’ enough.

The show, which is currently airing on Cbeebies, 3:50pm weekdays, is proving very popular. Jason Donovan provides the voice of Pops, Boj’s dad on the show.

Here’s hoping for another series!